Fresh snow - if you're in the right place! 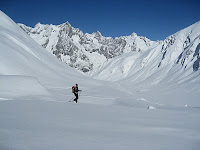 This last week I was with a group in the Valle d'Aoste in Italy - thank goodness as this is where the powder is!
Okay, so to get good snow you have to have some bad weather, but our week started and finished in sunshine and in between we had a few days in snowy forests with some fabulous wildlife spottings. 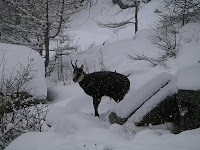 25cms of light cold snowfall on a hard base makes for perfect snowshoeing conditions and we certainly made the most of it. 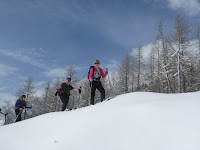 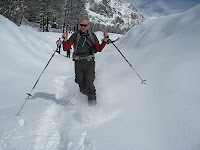 Not everyone wants to take the descents at speed and this week you could enjoy the soft snow under raquette whether bounding or strolling. 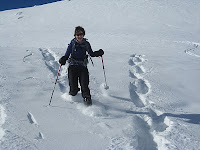 There are advantages to this relatively lean snow winter - the avalanche risk right now is minimal and in good weather we can go almost anywhere - the only downside being icy slopes in places. Hence the snowshoes are kept on at all times as the traction has proved to be essential on slippery forest trails.
As the days get longer and the sun gets higher in the sky the valleys will heat up and we'll move into spring like conditions but for the moment the shots tell it all - it's still winter and if you're lucky enough to be in the right place, it's a very good one. 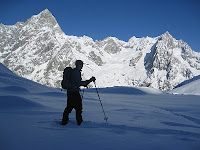 Posted by Trekkinginthealps.com at 07:56 No comments: 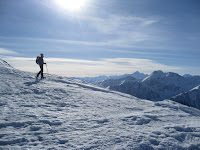 It's been a few years since we've had what we regard as "normal" winter conditions - weeks and weeks of sunshine as a result of high pressure sitting over the Alps. Recent winters have been far more unstable with some sunny days but always broken by snowfall.
This winter we're back to the old days - snow hasn't been seen falling for at least 6 weeks and I've just had 2 weeks non-stop snowshoeing under clear blue skies. 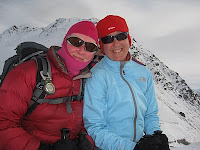 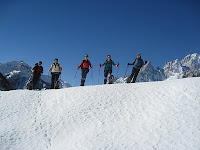 So everybody's happy, even though the lean snow condiitons mean sometimes our snowshoes serve more as crampons than real "raquettes". Who cares, so long as we do fab walks, with great views and the odd slopes of deep snow which has remained protected from the sun and the skiers. 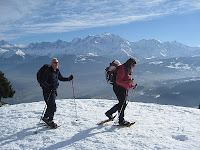 It's probably worse for the skiers who do set rather higher standards for their snow, but we snowshoers are easily pleased so long as there is minimum snow cover and the Alps and summits are quiet and beautiful, as they have been.
No sign of a change yet so let's hope it holds for the next week, over in the Aosta Valley where they have had more snow than France or Switzerland anyway.
Of course, we're going to pay for all this eventually......but for the moment it's just fantastic! 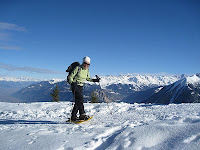 Posted by Trekkinginthealps.com at 09:51 No comments: 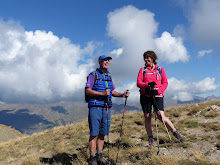 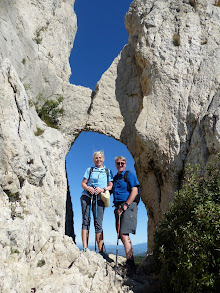 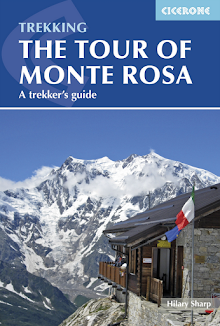 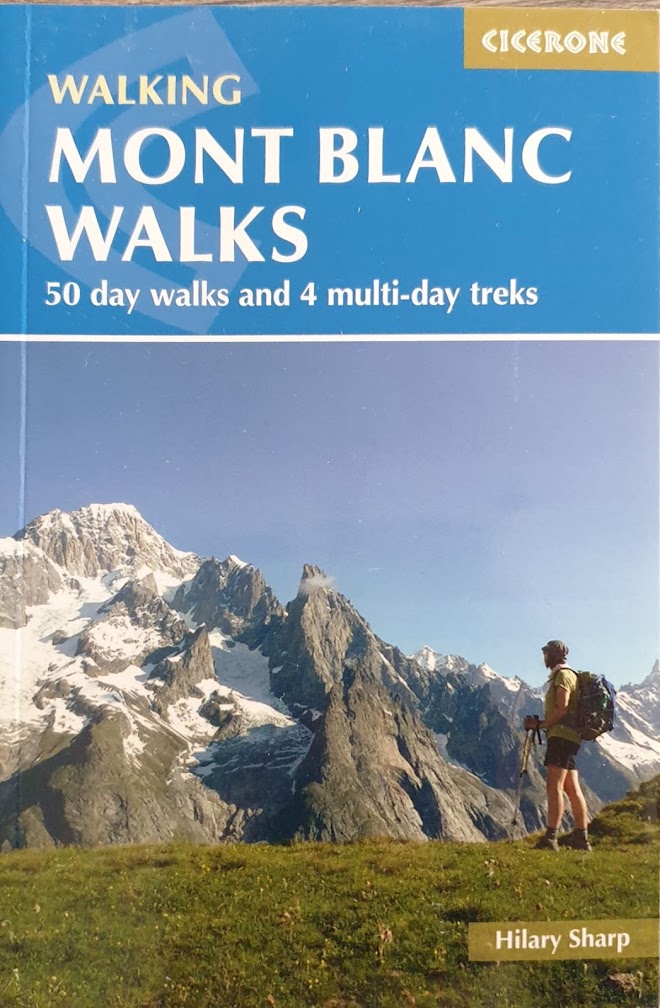